As an Immigrant, The Amparo Experience

Immigrants life and the process of migrating. The Arechabala's story as immigrants and their lifetime perseverance to relaunch the Havana Rum Club

As an immigrant, we all have a story some are forced to leave their country, some look for better opportunities and some just adopt new countries after being relocated.

In all scenarios when you move you leave part of yourself behind as you go thru the new experience. We all have something in common when you arrive in a new city there is a process of adapting to the dynamic of the city, the food, the places sometimes the language and culture. We also share the need to find people that we can trust as who are the best doctors, schools, caretakers, immigration lawyer, and the list is endless. When you have no roots in a place the most difficult part is the feeling of not belonging and the lack of relating to.

The easiest, reason to migrate is by being relocated. You arrive at your new place and you know you have a job, income, and support for immigration status. Your co-workers become your first helpers to get around and settle. Most importantly you know that it is temporary and that at the end of the job you will get back to your country or move to another place.

The second reason for migrating is a choice looking for better opportunities you take the decision to leave your country or city of origin to start life in a new place. Depending on the circumstances of each individually the experience usually involves a lot of sacrifices and a lot of hard work as you pursue the opportunities you were looking for as well as the process of adapting.

Miami and its Immigrants

Miami originally was a winter hideaway for Northeasterners and a paradise for grey businesses during early-mid 1900s. It was the post-war era and the cold war that transformed Miami as the lifesaver city for millions of South Americans fleeing dictatorship, guerillas, and wars that have affected most of the Latinoamerican countries at different times.

The Cuban crisis and Castrism that forced millions of Cubans exile throughout the world. Miami was the city that embraced them and gave them the chance to redefine and grow roots. Cuban Americans managed to define a new culture with Cuba in their heart. For some, they lived a double life filled with the courage to live the day by day life and the sentiment of what they were forced to live behind.

As for South Americans, Miami is a city where we all are the same, where Cubans, Colombian, Brasilians, Argentinians, Venezuelans have no borders divisions and have learned to share their differences and respect their traditions.

Today, Miami is called a multicultural city and many others are coming from other parts of the world. French and Russian claim the same feeling of being welcomed without the need to change their traditions. And lately, it is the west-coast and northeastern migrants that are choosing Miami to start a new life.

The Amparo Experience is a play dedicated to the life of the Arechabala’s family and the lifetime dream of reviving and restoring what was once taken. The story and the history of founders Havana Rum Club, Ramon Arechabala and his family as their native Cuba falls under the Castro regime. Havana Club a family business since 1878 was seized at gunpoint in the early 1960s by the Castro Regime. His then forced exile and his lifetime struggle trying to rebuild and not let the legacy be forgotten. His dream and legacy passed on to his daughter Paola Consuegra, which later joins forces with the Bacardi to have the formula of Havana Rum Club being produced. Ramon Arrechabala left her in charge as an inheritance with his wish for her to persevere until the brand would be back on the market.

Listening to Amparo’s interview by the Immigrant Archive Project  The Amparo Experience is to understand what it takes to migrate to another country as well as to understand that dreams can only be achievable thru perseverance. The Amparo Experience is not only about the Havana Rum it is the story of the Immigrant whether it was a choice or a forced exile.

The Amparo Experience is still performing, you can find details clicking here. 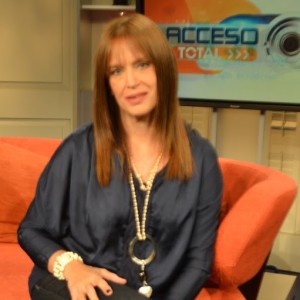